What Happens When You Stop Taking Birth Control?

Two-thirds of women currently take some form of birth control according to a 2018 report released by the CDC. Yup, you read that right – 64.9% of 72.2 MILLION women in the US alone. Some folks start as early as age 15 and others stay on it until their 30s to prevent unwanted pregnancies, relieve chronic pain, manage acne, control ovarian cysts. No matter the reason, most people will undoubtedly choose or need to use a long-term contraceptive at some point in their life. But what could happen when you finally come off birth control after so many years? Nine people share their personal experiences below by answering questions about what it’s like to stop taking birth control.

At what age did you go on and off birth control?

ALEXIS: I started birth control at age 15 and got off of it at age 23.

ALEXANDRA: I started at 16 with the original Yasmin (I’m totally dating myself) and I went off it at around 26.

What reason(s) did you start taking birth control?

VERONICA: I was on Accutane (basically a Vitamin A overdose which changes the way your body produces oil), and they mandate you to either sign a monthly waiver saying you’re not having sex or require you to take birth control. I decided to continue staying on it because I wanted to prevent pregnancy in college.

LENA: I told my mom I had sex and she told me that it’s time to start being responsible. She said if I was going to act like a woman and have sex then I had to go to the gyno. I was terrified.

MELANIE: As a form of birth control and to relieve the severe cramps I’d always get.

ALEXIS: I was diagnosed with PCOS. It helped control my symptoms, maintain a normal cycle, and prevent further cysts from developing.

ALEXANDRA: I told my mom I had sex for the first time and we made sure I went on it right away for pregnancy prevention.

Which birth control method were you using?

HANNAH: Oral contraceptives. I had bad reactions to a few so I was switching between them until I found one that worked for me. By “worked,” I mean the one that had the least amount of side effects that I could put up with.

DANIELLE: I’ve used the pill and the NuvaRing.

LENA: I had a copper IUD and the Mirena IUD. My gyno broke down all my birth control options, and I thought an IUD was my best option at that time. I knew I wasn’t responsible enough to take a daily pill and weight gain was a side effect of the shot, so that wasn’t an option.

ALEXIS: I was always on the pill — never the same one though. It took a long time of bouncing between brands to find the right one that worked best for me.

ALEXANDRA: I was on Yasmin then Yaz then Gianvi (generic Yaz). I changed because Yasmin was remade into Yaz which was still giving people scary side effects. I don’t even think they sell it anymore. Gianvi was supposed to be an easy transition because it was the generic version of Yaz, but that’s the one I had the most issues with.

Why did you decide to go off birth control?

JILLIAN: To be in control of my body and experience the changes with a now older, more knowledgeable mindset.

VERONICA: I graduated from college and got very lazy with taking it on time so it almost wasn’t even working correctly. I also had been experiencing a lot of anxiety, which I didn’t have before college. I was curious if birth control played a factor into that and I forgot what it felt like to be off of the pill, so I figured why not try it.

HANNAH: I didn’t have insurance and it became too expensive.

DANIELLE: I had to start taking other medications for a heart issue and I didn’t want all of these artificial chemicals in my body.

LENA: After five years, I got the IUD removed and decided not to continue with any other birth control method. I’ve heard that after 10 years of being on birth control there’s a risk of infertility. I just felt strongly in my heart that birth control was no longer right for me.

KELLY: For years I’d been suffering from IBS, bloating, constipation, etc. and I looked back on my records to see when I started my birth control… then it clicked that all of these issues started when I began the pill.

ALEXIS: I had just turned 23 and realized I didn’t know what my body was like without being supplemented with hormones. I wanted to see if I still had the same PCOS symptoms and if I was capable of maintaining my period on my own. I also had a frustrating time finding a birth control that didn’t give me horrible side effects. I struggled most of my time growing up with migraines, constant fatigue, weight fluctuation, painful sex, and hair loss. Everything I experienced was always severe, especially the migraines. I finally switched to the lowest dose of the mildest birth control for the last two years before I made the decision to stop.

ALEXANDRA: I hated the hormones and I had a lot of emotional issues, especially with the last pill I was on. I was very depressed, sad, angry, and just not myself. I decided to stop the extra hormones because I have enough estrogen on my own, and I loved it. The depression and irritability issues lasted for a few months though, I guess as long as I was on that pill.

What side effects did you experience or have you been experiencing after you stopped taking birth control? How bad were they? How long did they last?

JILLIAN: No side effects! My periods are lighter and more bearable, and I love tracking my cycles in the Flo app. The pros outweigh all the cons that I was nervous about having, and I would not go back.

VERONICA: The only side effect I experienced was my acne coming back around a month after I stopped. I thought that after a year my hormones would regulate and my acne would go away, but it didn’t. I ended up going back on the pill a year later in order to try to fix my acne (again!). Other than that, I actually felt great. The few months I was off of it, I genuinely felt happier every day. But, any time I had sex, I was absolutely terrified of being pregnant until my next period because I wasn’t on the pill anymore.

HANNAH: I actually noticed an improved sense of overall well-being off the pill.

DANIELLE: I felt like a teenager in the worst way being off birth control. My moods were up and down and my brain felt like I drank too much coffee. I got my period every 25 days instead of 28 (yes, the three days makes a difference), and I got in some of the worst arguments with my ex every time I had it. My PMS symptoms were terrible — really heavy period for seven days, terrible headaches a couple days before my period, a lot of cystic acne on my chin during my period and regular acne breakouts, going through tampons every hour, bleeding on my sheets when I slept, terrible cramps to the point where I would call out of work and want to quit my job. I also got pregnant. I had heart surgery and soon after that came off the medication for it so I went back on birth control and finally felt normal again. It was crazy.

LENA: I never had any noticeable symptoms or issues with my copper IUD, but after three years I got a horrible pain while having sex. I thought I had endometriosis, but my body started to have a bad reaction to the copper IUD so I got it removed. After that, I got the Mirena IUD, which has hormones, and I didn’t get my period for five years. I’ve been off birth control since October 2018! I feel great and haven’t had any complications.

KELLY: I had really light periods and no cramping on the pill but it had been affecting my mental health and gave me digestive issues. Overall, after stopping the pill, I still suffer from digestive symptoms but they’re not as bad as they were, and I’m way less bloated. I’m also so much happier with better mental health and less anxiety. I’m not sure how this new IUD will affect my body. Ultimately I believe every form of birth control has side effects and will affect your body somehow. To anyone who doesn’t have to be on it, don’t be!

MELANIE: Stopping birth control made me realize how many other things it kept in check in addition to keeping me baby-free. It kept my skin clear, managed my weight, and kept my PMS roller coaster under control. As soon as I stopped, all hell broke loose. My skin broke out uncontrollably, I gained 10 pounds, and I was a way bigger bitch than usual. After about four months off BC, my skin calmed down and I was able to ride the emotional waves a bit better… but I’m still 10 pounds fatter. Even though I miss having perfectly clear skin and being 10 pounds lighter, I’m happy I stopped. I never realized how much my body depended on these synthetic hormones. 10 years of being on it threw my whole system out of whack. I’ve been off for about nine months now and my cycle still isn’t normal. I’m hoping my body regulates itself soon.

ALEXIS: After I stopped using birth control, I didn’t get my period for three months… until I did and it lasted for an entire month. I became really depressed (I don’t have a history of depression) and lost a ton of weight. I lived in this cycle for about a year until my mental health slowly improved. It’s been about two years and my periods are still extremely painful. Most months they leave me bedridden but I’m healthier and on a regular cycle now.

ALEXANDRA: The best thing about the pill was the shorter periods (3-4 days tops) and the worst was that it made me a crazy person. Now that I’m not on it, my periods are still regular and predictable although they last five days and the bleeding and cramps are worse. However, I feel like Mother Nature has got it right. I remember feeling very GOOD after my first “real” period again — very grounded and connected and like my body completed its natural cycle. Even though I am not on the pill now, I would still recommend it as a viable option for women to talk to their doctors about. The pill is good for birth control if having unprotected sex is the goal. It’s also good for regulating periods, clearing up skin, etc., but remember that every time you go on or off your body is going to react to the transition.

Thanks for reading. Tell us your own story in the comments below!

Morgan Mandriota is the founder of Highly Untamed and a freelance sex and wellness writer. She regularly writes for Betches, Cosmopolitan, Tinder, Health, SHAPE, and your other favorite websites. She loves traveling, hiking, eating tacos, and training Brazilian jiu-jitsu. Follow Morgan on Instagram and Twitter @morganmandriota. 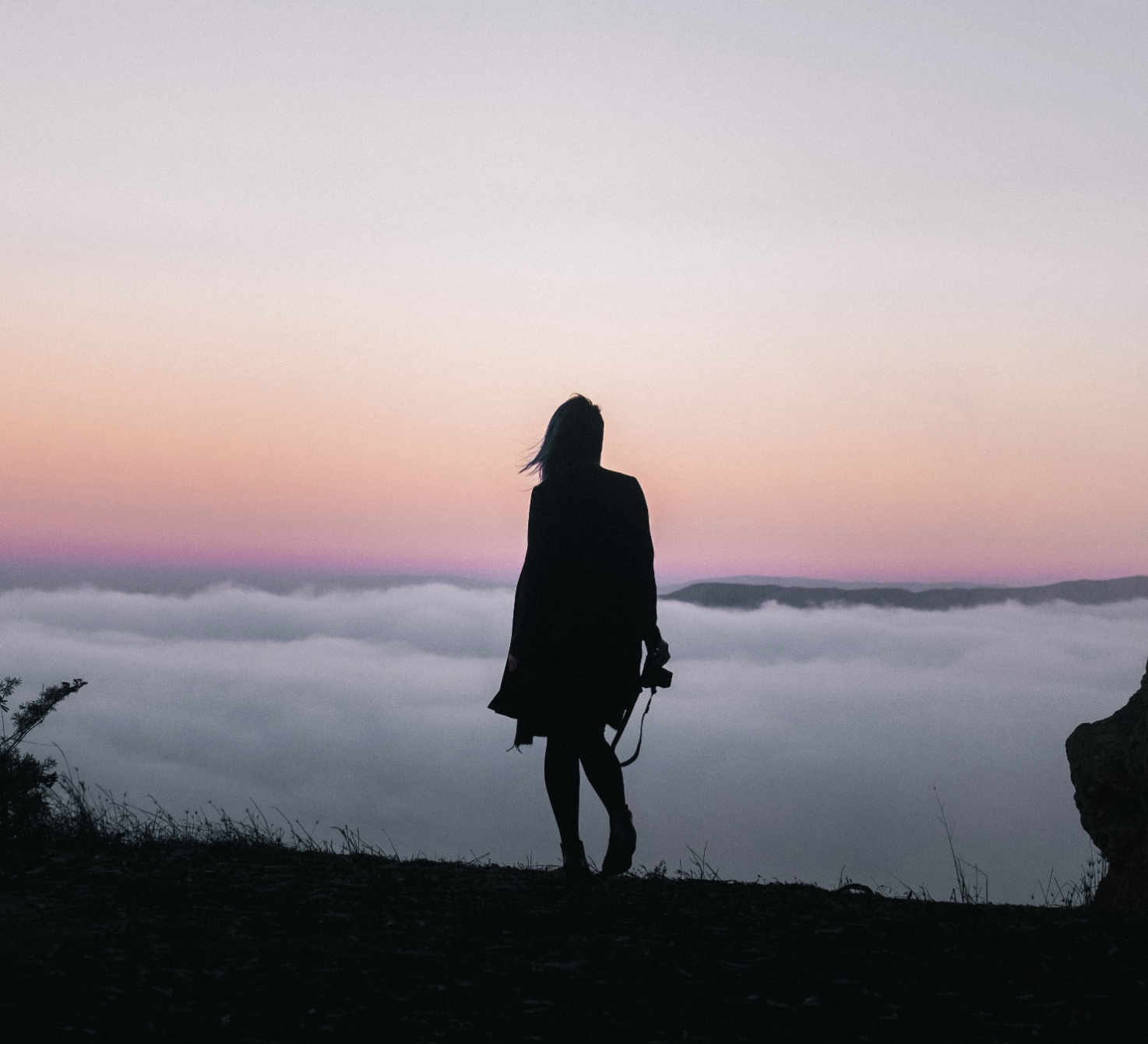 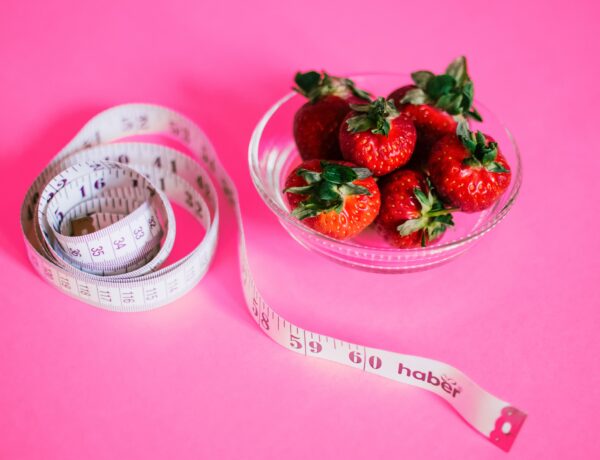 Do you like weed? What about brownies? Whatttt abo

“This one is for family and friends that always

Here’s your friendly reminder to say or do that

If you don’t know what you want in a relationshi

Would you attend Sex Camp if you had the opportuni

Tag someone who needs this beautifully sculpted, v